Tee off for The HMCK Charity

Golfers and friends of Heather McKissick gathered at Royal Wimbledon Golf Club on May 16, 2019 for the launch and first fund raising event for The HMCK Charity. Royal Wimbledon’s Graeme Dacomb used his captain’s day to start the ball rolling for the charity - mission statement “Promoting aspirational partnerships in education.” This was the work which Heather intended to continue after she retired from King’s College School on the opposite side of Wimbledon Common from the golf club. She spent happy hours and made many friends at the club. She also taught many members and their children and the course, on a gorgeous sunny day, was the perfect place to launch the charity. Eighty four players, in teams of four, took part and then bid generously in the auction. Players,sponsors and other donors raised nearly £35,000 on the day, a really encouraging start for the charity and its important work. Pictured is the auctioneer and member of Royal Wimbledon, Dominic Proctor, who,happily, was also in the winning team along with Dominic Bunning, Chris Bunning and Iain Grant.

Get in touch Donate 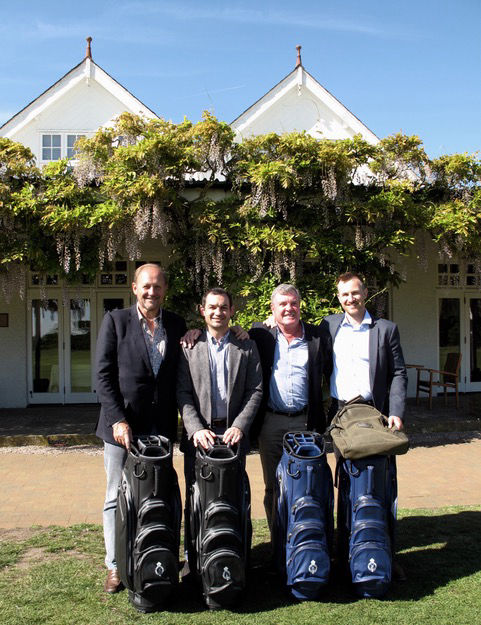